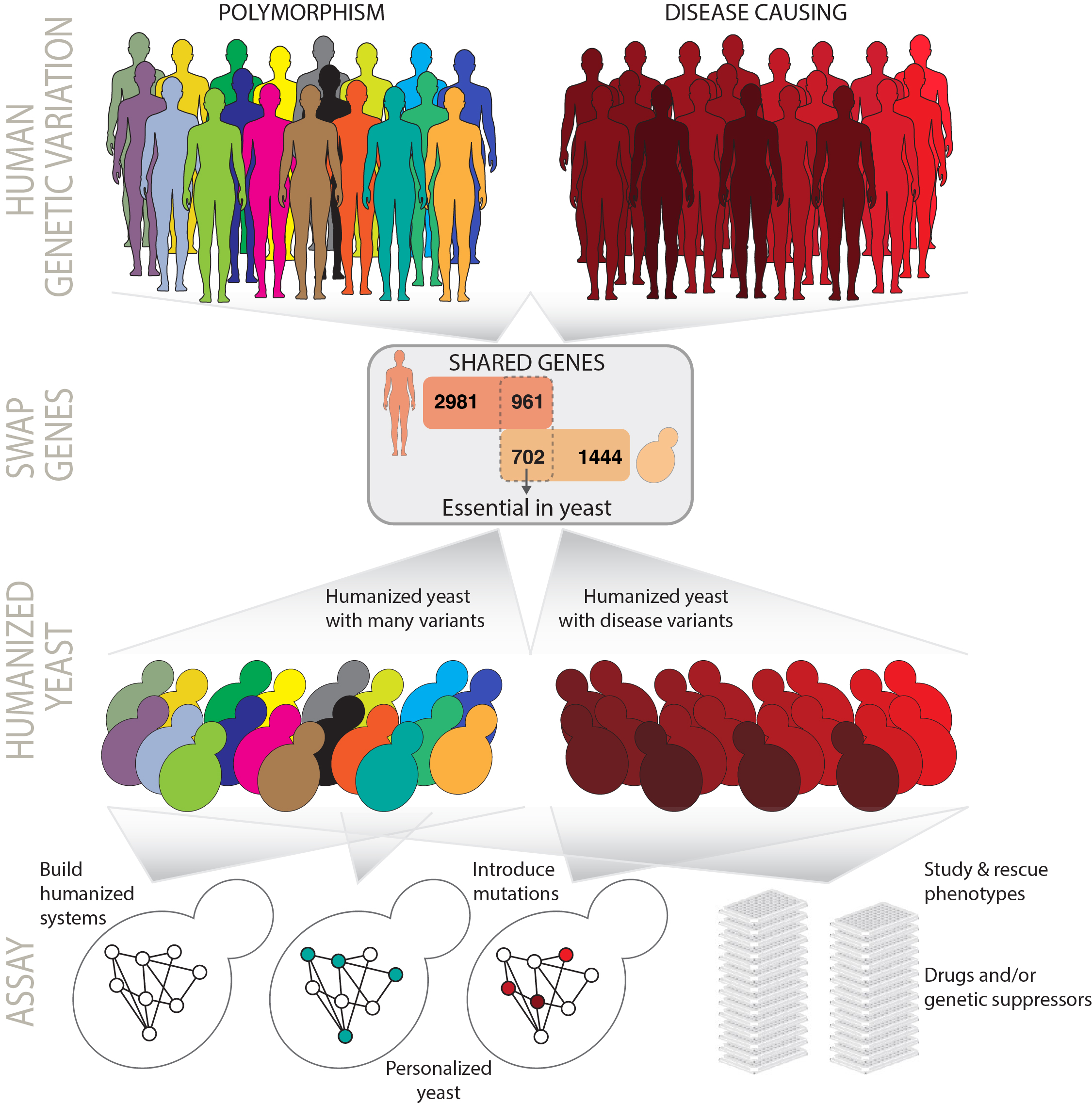 The most deeply evolutionarily conserved human genes encode essential cellular machinery whose failures are linked to diverse diseases, such as cancer to cardiovascular disease. Recent systematic studies have discovered extensive genetic polymorphism in these genes yet studying how these variations contribute to cellular function and overall human health remains a challenge. Our group will focus on studying these conserved human genes along with many of their variants, by systematically “humanizing” yeast cells, replacing each of the essential yeast genes in turn by its human version.

Yeast is by far the most well-studied eukaryotic cell. Given that it is relatively easy to genetically modify yeast, along with extensive genetic conservation with humans, yeast has been an invaluable model system for researchers for decades. Yet, apart from isolated examples, the extent to which deeply divergent human-yeast orthologs can stand in for each other is largely unknown. Our recent work on systematic humanization of yeast genes showed that many human genes (~50%) can functionally replace their equivalents in yeast.

Functional swappability of human genes in budding yeast provides a tractable phenotype to test the fitness of that gene in a simple eukaryotic cell. The resulting strains will serve as new physical reagents for studying the human genes in a simplified organismal context, opening up high-throughput assays of human gene function, analyzing the impact of human genetic variation on gene function. These humanized yeast will serve as test tubes for screening and repurposing of drugs and the rapid determination of mechanisms of drug resistance.

The ortholog-function conjecture posits that orthologous genes in diverged species perform similar or identical functions. This conjecture forms the foundation of most modern biomedical research. Therefore, by systematically replacing human genes in yeast, our research illuminates fundamental principles of evolution, providing direct measurements of whether or not human and yeast genes have retained their ancestral functions over a billion years of evolutionary divergence.